The honey bee inherently communicates through the “waggle dance” or “figure-eight dance” which provides direction and distance to nectar and pollen. It is also used by the scout bees from a swarm in hopes of gathering ‘votes’ for the selected target hive.

My recent visit to OSU Field Day, part of the Journey Program of the Master Beekeepers, a presentation on Pheromones was provided. In fact we took a couple of balloons out seeking Drone Congregation Areas. 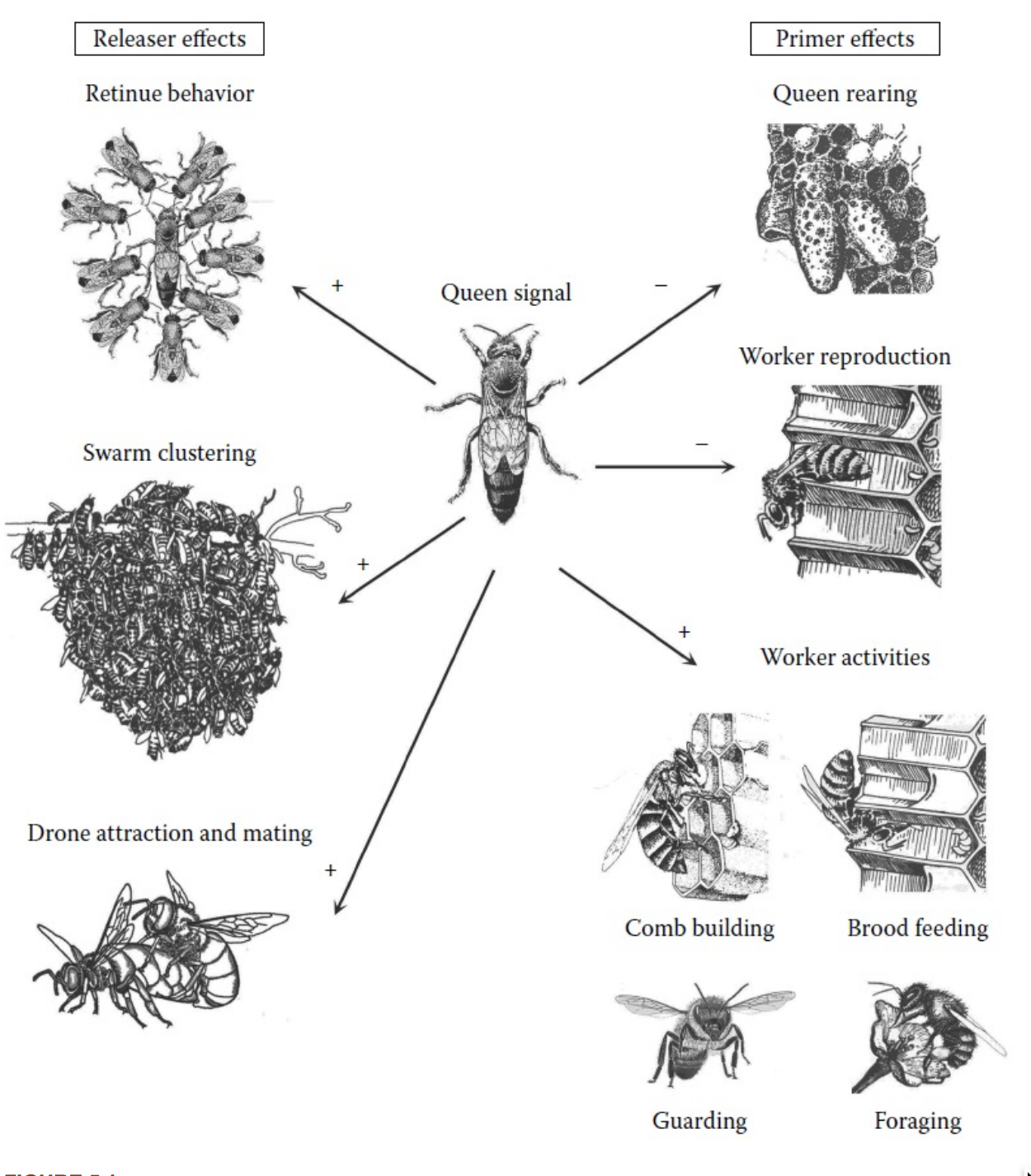 Pheromones are chemical substances secreted by an bee’s exocrine glands. In the honey bee, the target messages are toward the other bees in the hive. Organization of the hive provides for many coordinated activities and developmental processes. Much like our human life, this requires communication. Pheromones become the key factor in generating and maintaining this complexity. 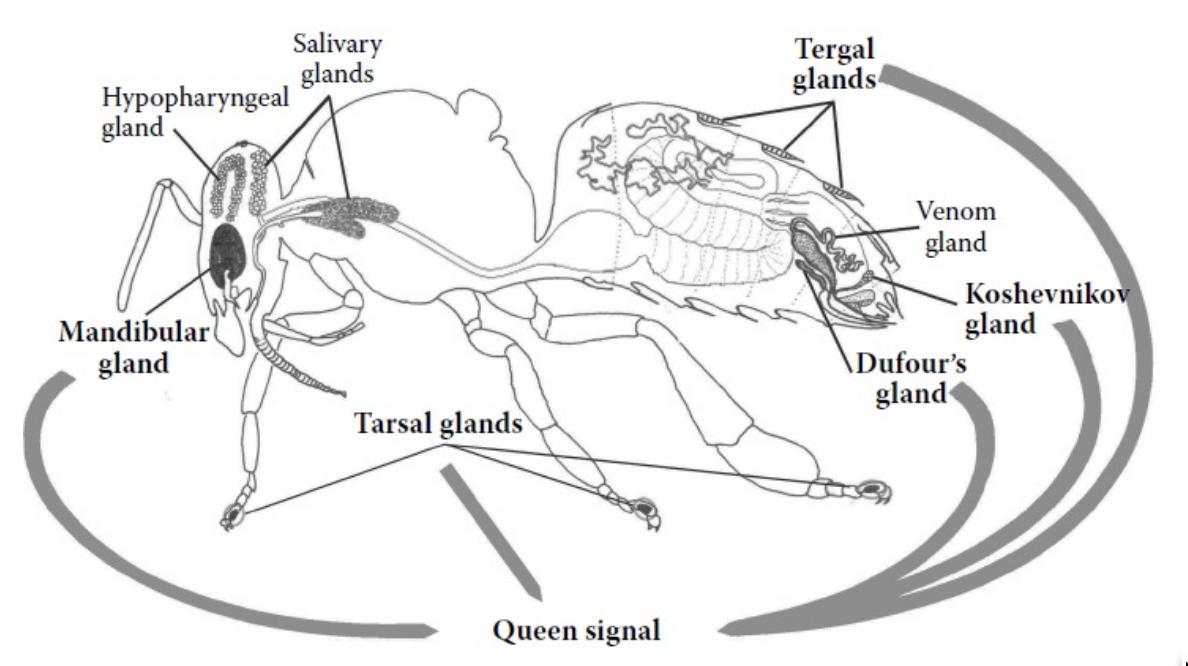 Pheromones are the basis for development and reproduction, foraging, defense, orientation, and the the entire integration of the colony. Pheromones are the communicating media between the three castes: queen-workers, workers-workers, queen-drones, and adult bees to brood.

Two types of pheromones are the primer and releaser. The Primer act at a physiological level, triggering complex and long-term responses in the receiver; generating both developmental and behavioral changes. Releasers are weaker in the effect, generating simple and transitory responses influencing behavioral levels.

The majority of the pheromones are releaser types classified into categories based on function (e.g. sexual, aggregation, dispersal, alarm, recruitment, trail, territorial, recognition).

The Primer Pheromones are the major driving in evolution in social harmony and in maintaining colony homeostasis.

There are fifteen exocrine glands on a honey bee.